What are the reasons to quit Toastmasters?

As originally answered on Quora.com ... 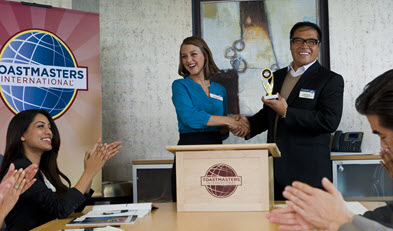 As a 22-year + member of Toastmasters, I have continually found more reasons to stay in Toastmasters than I have to quit.

During those 22 years of Toastmastering I have seen numerous reasons that people quit. I would say almost all of the reasons, if not all, are the same ones shared by other organizations and are not specific to Toastmasters.

Here are some reasons that people leave Toastmasters, based on my personal experience. They are not in order of priority or incidence.

Reduced Available Time: People join Toastmasters for many reasons and usually with good intentions. There are a lot of demands on adults these days balancing work, family and personal self-development educational pursuits. Situations change and sometimes changing to another club, assuming one is available is not always an option. The member ends up quitting.

The Program isn’t what they thought it would be: People have different learning styles. A self-directed, open-ended program can be difficult for some people. They may be more comfortable with an instructor-lead model.

Interpersonal Conflict: This is probably the biggest reason that I see people leaving Toastmasters. While many people have the view that Toastmasters is the best thing since the invention of sliced bread, pun intended, it isn’t any different than everyday life. We get members with the same personalities that are prevalent in society. It is a fact of life that some people won’t get along. One abrasive member can destroy a club. I’ve seen it. Some people are able to deal with interpersonal conflict and embrace it. Others, take the avoidance route. They quit rather than deal with it.

Inappropriate Evaluations: I have seen two members quit immediately upon completion of their number ten speech. This should be a milestone to celebrate. Instead, two well-meaning but poorly informed evaluators told each of the speakers that they believed that the member had not met the criteria of the speech and that they should do it again.

Our Toastmasters educational program is not a pass/fail one. A speech evaluator does not have the authority to fail a speaker. The VP Education may step in and suggest, privately, that the member may want to repeat the speech. The choice is up to the member though whether they want to redo the speech. There are pros and cons of doing so.

Inappropriate behavour by a member or a guest: Our club used to have a Jokemaster who was tasked with providing a humourous story or a joke. Every meeting we would announce a disclaimer “our humour should not be racist, sexist or discriminatory in any way.” Too many members couldn’t fathom what we were saying and proceeded to tell sexist, racist and what would be considered dirty jokes. Once the joke is started it is hard to stop it. Members have quit due to this kind of so-called humour. Our club now uses a Humourist whose role is to report on humour that worked or didn’t work and to provide examples.

Religious Beliefs: I have seen two fairly long-term members quit because they couldn’t reconcile the fact that both believed that their religious beliefs were the correct ones. This was not in a faith-based special interest Toastmasters club.

The member has achieved their goal: Many people join Toastmasters because they have a reason to join. Examples could be having a speaking requirement in the near future, delivering a speech at a wedding. Once the immediate reason for joining has passed and there is no pressure on them, they often quit. Many stay on to earn their Competent Communicator designation. Statistically, most of Toastmasters members quit after they achieve their Competent Communicator.

Unresolved Fear: Many people join to conquer a fear of public speaking. Sometimes, their fear is too great to be overcome by participating in a regular Toastmasters club meeting. Others, choose not to work on resolving their fear. So they quit.

Financial: There have been times when I have been unemployed. While our Toastmasters dues are relatively inexpensive compared to other forms of adult education, one has to make a choice of paying for food, shelter etc. or Toastmasters. Sometimes there just isn’t enough disposable income to cover everything. Serving on our District team, a decade ago, was rather expensive for me. Many of my expenses were covered but I was still out a considerable amount out of pocket. I made the choice that I was investing in myself.

There are likely more reasons that can be generated. I think the important message here is that our fellow Toastmaster leaders need to be aware of these reasons that our members quit, so that they can intervene where they may have some leverage.

Thanks for your question!

More in this category: « Would it be better to back out from a Toastmasters prepared speech if you have severe cough? How does my Toastmasters portfolio improve my university application? »
back to top