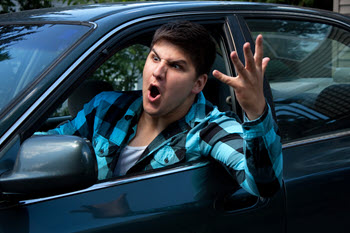 Or so I thought. You be the judge.

Here’s the scenario. I was driving from Kelowna to Penticton to work a 12-hour night shift on a Sunday evening. This is a trip I have made over 2500 times each way over the years.

As I was passing through Peachland, I was looking ahead watching several motorcycles. Their behaviour seemed odd. All of a sudden, they all pulled off to the right-hand side into a dirt parking area.

Seconds later I noticed a flashing red and white light in my driver’s side mirror. Realizing it was an ambulance I pulled off to the side, behind the motorcycles.

To my surprise I noticed there was another flashing set of lights behind the ambulance. Then I noticed an RCMP officer walking towards me. This couldn’t be good. Not sure why though, I wasn’t speeding, I knew all my lights were working properly, so I wasn’t sure what this was all about.

I rolled down my window to hear the expected “driver’s license and insurance please.” The officer’s stereotypical dark sunglasses in place to prevent you looking in his eyes. This didn’t look good. I’m still not sure why I was pulled over at this point.

The officer followed with “do you know why I pulled you over sir?”

“You failed to yield for an oncoming emergency vehicle” was his terse response.

“How could you not of seen the flashing lights? They were behind you all the way from the last intersection.”

“You should be able to see those flashing lights for miles.”

“And you’re also using a radar detector which is illegal.”

The officer returned to his vehicle presumably to see if there were any APB’s out for me or bench warrants.

Upon return, he passed my license and insurance back to me saying “I checked you out and you are squeaky-clean… no tickets.”

“We like to reward people for good driving behaviour and the fact I don’t have any tickets left… I gave them out at my last stop, so I’m going to let you off this time.”

My response “when did they become illegal?”

“Hmmm, I wasn’t aware of that.” I unplugged the radar detector from my lighter socket as the officer watched on.

When the officer pulled off, I carried on my way to work. I was skeptical about radar detectors being illegal in BC. I wouldn’t have purchased one years ago if I had been aware they were illegal.

I’m not one to let things go as evidenced in this post, so I checked out the BC Motor Vehicle Act. There is no mention of radar detectors in the act nor in the supplementary file that outlines the fines for infractions.

Failure to yield for an oncoming emergency vehicle displaying flashing lights and audible sound will cost you a $95 fine. However, the text that goes with it says you are required to pull over to the side of the road as soon as you are aware of the emergency vehicle. I believe I could have contested the charge if the officer had written it up. I pulled over soon as I was aware.

My lawyer commended me for remaining calm when speaking to this officer, who might’ve been having a bad day. I probably presented a good target for him to blow off some steam.

The lawyer also provided that if I was being charged in the future for an illegal radar detector ask the officer to provide the clause number in the BC Motor Vehicle Act, which he obviously would not be able to do because it doesn’t exist.

My radar detector remains in action. It has saved me countless tickets over the years and will continue to in the foreseeable future. Now if I can get it to detect emergency vehicles sneaking up on me…

What are your thoughts on this subject? Keep the conversation going …