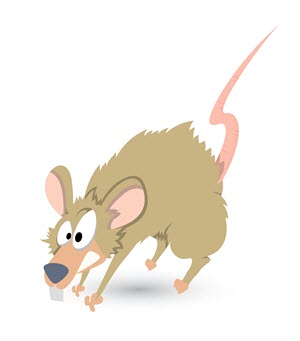 A rat looked through a crack in the wall to see the farmer and his wife opening a package. What food might it contain? He was aghast to discover that it was a rat trap. Retreating to the farmyard the rat proclaimed the warning;

The chicken clucked and scratched, raised her head and said, "Excuse me, Mr. Rat, I can tell this is a grave concern to you, but it is of no consequence to me. I cannot be bothered by it."

So the rat returned to the house, head down and dejected, to face the farmer's rat trap alone. That very night a sound was heard throughout the house, like the sound of a rat trap catching its prey.

The farmer's wife rushed to see what was caught. In the darkness, she did not see that it was a venomous snake whose tail the trap had caught.

The snake bit the farmer's wife. The farmer rushed her to the hospital. She returned home with a fever.

Now everyone knows you treat a fever with fresh chicken soup, so the farmer took his hatchet to the farmyard for the soup's main ingredient.

His wife's sickness continued so that friends and neighbors came to sit with her around the clock. To feed them the farmer butchered the pig.

The farmer's wife did not get well. She died, and so many people came for her funeral that the farmer had the cow slaughtered to provide meat for all of them to eat.

And so, the moral is: anytime you hear that someone is facing a problem, nay a crisis, and think that it does not concern you, remember that when there is a rat trap in the house, the whole farmyard is at risk.

Tweet
Published in Tales of Inspiration
More in this category: « Sand Castles Teddy »
back to top