Making a Proposal to a Board of Directors: Power Networking Tips & Techniques 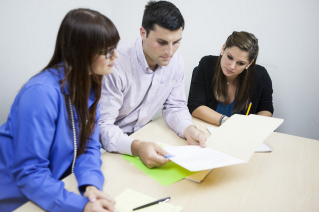 People join nonprofit boards of directors for a myriad of reasons. Making connections, building influence and a desire to make a genuine change in the status quo can be common reasons.

Becoming a member of a high profile board of directors can accelerate your networking activities and can place you in contact with people that can be influential in moving your career or business forward.

Yet many new directors become frustrated when they find that others aren’t as passionate about the causes that they believe in.

Sometimes discussion about an agenda item can be jump started by using a proposal. An effective proposal, presented both verbally and in writing, gives every member as complete a picture of the issue as possible.

Some elements to include in the verbal proposal:

Some elements to include in the written proposal:

The INTRODUCTION presents and summarizes the problem you intend to solve and your solution to that problem, including the benefits the reader/group will receive from the solution and the cost of that solution.

The BODY of the proposal should explain the complete details of the solution: how the job will be done, broken into separate tasks; what method will be used to do it, including the equipment, material, and personnel that would be required; when the work will begin; and, when the job will be completed. It should also present a detailed cost breakdown for the entire job.

The CONCLUSION should emphasize the benefits that the reader will realize from your solution to the problem and should urge the reader to action. It should be encouraging, confident and assertive in tone.

Once a proposal is introduced (and ideally it should be handed out well before the meeting so people have enough time to think about it), a listing of issues and concerns can be brain-stormed and worked through, discussion can happen about the issues and concerns, and a new, modified proposal can be drafted. Once sufficient discussion has occurred you may want to generate several alternative proposals and see if any of them work for the group. Often, by combining elements of multiple proposals, the end result is found.

Sometimes starting a discussion with a proposal can lead the group astray by starting at a particular place which may exclude other ideas or options. It can be helpful to introduce astarting proposal as just a starting place to get discussion going on the issue, rather than finished thinking about the issue.

As discussion on a subject is winding down, concerns have been aired and discussed, call for a proposal. It may be useful to have a break after the discussion to let people mingle more, then after the break call for proposals for consideration.

Last modified on Friday, 07 October 2016 02:36
Tweet
Published in Working With a Non Profit Board of Directors
Tagged under

More in this category: « Top 10 Questions Before Accepting a Non-Profit Director’s Role
back to top