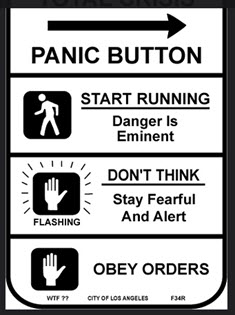 What is a Crisis?

Crisis results from stress and tension in a person’s life. Stress is the element in crisis development. As stress mounts to unusual proportions and the individual’s coping skills become increasingly ineffective, the potential for crisis occurs.

The Nature of Crises

A crisis overrides an individual’s normal psychological and biological coping mechanisms. Several features of critical incidents account for the overwhelming and bewildering nature of a crisis. As people grow and develop, they continually meet new demands. These demands could be intellectual, employment‑related, economic, or rooted in relationships with other people. Individuals meet these demands and practice resolving them so often that they form coping mechanisms, or “cognitive maps,” to deal with them. These maps assist people who face a potential problem to categorize it, determine the resources needed to overcome it, choose a solution, and set a goal for the problem’s resolution.

Occasionally, however, individuals confront situations they have seldom or never encountered in the past. As a result, they have not developed adequate coping mechanisms to deal with them. These crises leave individuals feeling overwhelmed and powerless. For many people, these crises cause their heightened emotions to impair their ability to think rationally.

As a consequence of feeling powerless and helpless, individuals may experience extreme levels of physiological arousal in the form of anxiety -‑‑ the natural human response to threat and danger. This anxiety serves to disrupt further their ability to think clearly. Consequently, when individuals face a crisis, their increased levels of arousal interfere with attempts to cope with an already incomprehensible circumstance.

During situations of crisis, people spontaneously turn to others for comfort, support, understanding, and protection. Some research suggests that people possess a biological need for attachment. Crises, however, have the potential to disconnect individuals from necessary sources of support. When the cry for attachment and support is not answered due to others’ misunderstanding of, fear of, anger with, disappointment in, or disagreement with the individual in crisis, that person feels utterly abandoned.

The absence of support during a crisis represents the loss of the primary human coping resource. Without the sense of security provided by others, the troubled individual’s already extreme state of physiological arousal is exacerbated further. As a growing feeling of despair sets in, the person feels unable to escape the crisis. When all roads back to equilibrium seem blocked, the individual's ability to cope becomes overwhelmed.

As every attempt to deal with the perceived threat seemingly meets with failure, the individual learns to do nothing. This state of “learned helplessness” is characterized by constricted thinking and an inability to see even the most obvious solutions. Instead, the individual focuses on moment‑to‑moment survival. This shift in thinking only complicates the individual's situation, serving to undermine the sense of personal competence and effectiveness while increasing anxiety even more.

Crisis Intervention/Management is an attempt to deal quickly with an immediate problem. Often it requires providing for victims that which the victims cannot provide for themselves. This can include a physical or emotional crutch to lean on, and even direction by the intervener at a time in the victim’s life when self‑direction may be impossible.

Anatomy of a Crisis

The following four levels have been identified in a crisis:

* You need to be aware that this stage may occur at any level in the crisis.

Based on information from The Crisis Prevention Institute

More in this category: Canadian Thistle or Klingon Death Plant: A Gardener’s Approach to Managing Workplace Conflict »
back to top