PROtect Yourself! Calley’s Story: A Bullying in the Workplace Case Study 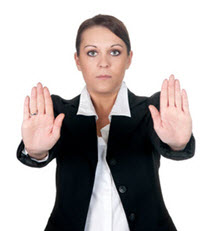 This chapter is an excerpt from PROtect Yourself Now!

Violence Prevention for Healthcare Workers and is intended to raise your awareness and leave you with a sense of hope. We don't have to put up with bullies anymore.

As I sit here at the keyboard writing this chapter I'm finding it interesting, if not somewhat depressing, reflecting on the number of incidents throughout my career where I have come up against a bully. There always seems to be another around the corner!

Calley provides an enlightening story of the pressures she experienced in starting to work in a dysfunctional workplace. Names have been changed to protect the guilty.

Imagine how it would be to finally find meaningful employment as a Care Aide after a long and tedious job search only to find that your new worksite is toxic. And the toxicity was aimed at you … the newcomer. Or so it seems, from your perspective.

From the first days of her orientation to the new job, Calley noticed that her fellow staff weren’t all that friendly towards her. It wasn’t obvious at first but Calley could sense that they were treating her differently. Conversations would stop when she walked into the office. When her coworkers were going for a “coffee run” she wouldn’t be asked if she was interested. Her contributions in shift report or staff meetings were dismissed by certain staff. “When you’ve been here long enough you’ll see things differently.” “What do you know, you’re new here!”

Yet at the same time, everybody else seemed to get along fine. There always seemed to be a party at somebody’s home. Calley wasn’t invited. Some of her fellow coworkers would switch their shifts so that they could work with each other or to work with a certain nurse when they were in charge. Calley found that she seemed to be taking most of her coffee breaks alone. Her fellow staff would have other matters to tend to when their coffee break was due.

Calley relates “I expected some challenges when starting a new job … being the new kid on the block, but this seemed over the top.”

Several months into working at her new job, Calley sensed that some of the residents seemed to act differently when nurse Flo, was on shift. Some of them seemed to be more sedated than what would be expected. Others, seemed timid or perhaps fearful in the presence of Flo. When Flo was on duty many residents received sedation. Flo liked the unit to be calm. It didn’t matter what time of day it was, Flo liked her residents to be quiet.

On several occasions Calley had observed Flo shouting and berating residents for their behaviour. Calley related that she felt intimidated by Flo so didn’t confront her directly but mentioned her observations to a few of her fellow care aides. She was met with hostility and further shunning. The “old” staff seemed to protect this nurse and condone the behaviour.

Calley reported her concerns to the Team Leader who in turn, dismissed those concerns. They spoke in support of Flo. At about this time Calley was spending a considerable amount of her off duty time thinking about her working conditions. She found her sleep was restless at times with intrusive dreams of work. Perhaps it was time to start looking for another job?

On a couple of occasions Calley observed Flo shouting at residents from the medication room, down the hall, to come and get their medications. This seemed to be acceptable by her fellow staff and nobody seemed concerned when she voiced her opinions that this wasn’t a respectful way to treat residents. The final straw, so to speak, came one day when Calley observed Flo shaking a resident. The resident was watching TV and Flo approached the resident grabbing them by both shoulders and shaking. “When I tell you that medications are ready I expect you to get your ass over there and get them! Do you hear me? Are you deaf? You better do as you are told or you will be sorry!”

Calley shared this story with her fellow Care Aides and found no support. She reported it to her Team Leader and experienced a similar response. It was only when the resident themselves approached the Team Leader to complain, was action taken. The local Licensing Department was contacted and Flo was suspended pending investigation.

Was this the end of the story? Not according to Calley … it was only the beginning! Flo started a phone campaign to smear Calley and make life miserable for her. Each of the staff were phoned and advised that “Calley was a rat.” “Don’t turn your back on her, she will stab you!” This flowed back to the worksite where her fellow staff who had been avoidant and dismissive of her now became openly hostile. Flo took on a victim role and created a story where she was the wrongfully treated hero of the saga. Guess who was the bad guy?

Calley’s time at work became absolute misery. Fellow staff would call her “Bitch” to her face and behind her back. Similar sentiments were scrawled on pieces of paper and stuck to the front of her locker. One nurse was openly hostile towards her. “Bitch. I hope you’re happy, you’ve ruined the life of a good nurse. You don’t deserve to work here. No wonder nobody likes you!” This was repeated several days in a row when Calley was scheduled to work with this nurse. Calley was losing sleep at night and started to phone in sick when she had to work with these staff.

As part of the investigation Calley was asked to document her observations of the abusive nurse, which she did reluctantly. No other staff submitted support for her. It was Calley’s word against the nurse’s. The resident’s testimony was not given much weight.

The nurse was eventually returned to duty with a sanction on her personnel record. She maximized her victim role and relished the power that it gave her in the worksite. Calley left the worksite due to the continuing pressure. She eventually returned after a couple years. Many of the staff who had worked there at the time had moved on, but not Flo. She continued to make sure that every staff that worked there was aware that “Calley was a rat!” Every interaction she had with Calley from then on, was openly hostile.

If you were to ask Calley today whether she would do it again, she would respond “No way! It was absolute Hell what they put me through. Nobody should be treated that way.”

If we take a closer look at this story what can we take away or learn from Calley’s experiences?

Starting off with Assessment, what do we know about this worksite?

Moving on to Awareness, it would seem obvious to most of us that this was a dysfunctional worksite. More pointedly, there is strong evidence of interpersonal aggression, hostility, bullying and intimidation. This is workplace violence in action.

Our Action phase becomes a little more challenging. What would you do in this situation? Calley persevered until it got worse. She took action to resolve one aspect of her working conditions which made it even worse. She eventually chose to leave the worksite. Economic necessity required her to return.

I will remind you that this is a practical guide to preventing and surviving violence in the workplace. Perhaps the most practical action that Calley could’ve taken was to quit this job shortly after she learned what the working conditions were like. At the essence of this story is power and control. As the new hire, Calley had neither. Was Flo a bully? Most definitely! Were there other bullies at the worksite? The story doesn’t specify so, however bully-like behaviour from her fellow staff seemed to be the norm rather than the exception.

When taking on a bully, your self-confidence can be a factor that determines the outcome. If you experience low self-esteem, low self-confidence, the bully will use it against you. However, as this manual is all about, knowledge is power, if you use it wisely. Many of the actions that could be used in this scenario can be drawn from the section on bullying outlined elsewhere in this manual.

Assuming that you have made the decision to stay and take on the bully and the dysfunctional worksite, here are some practical steps that you could take to do so. Feel free to add your own at any point.

More in this category: « Only a Fool
back to top